Today we have two important safety topics to cover: a campus safety update, and Senior Fifth.

Last night, a Campus Safety Update was shared with students, faculty, and staff to alert the community of additional information about an ongoing issue and provide safety reminders. You can read the full message here, but here is your BLUF (Bottom Line Up Front):

I also have had a couple of messages from families about why they had only seen information about this in the Daily Deac, vs. a broadcast email to all families. We do not send every safety advisory to families; you can see when to expect direct communications in our Family Communications Guidelines and Philosophy website.

As we approach the last home football game of the year, it’s time to talk about Senior Fifth. I invited Peter Rives, Assistant Director of Wellbeing, for a Q&A to help explain this phenomenon, and where we invite parents and families to help us. 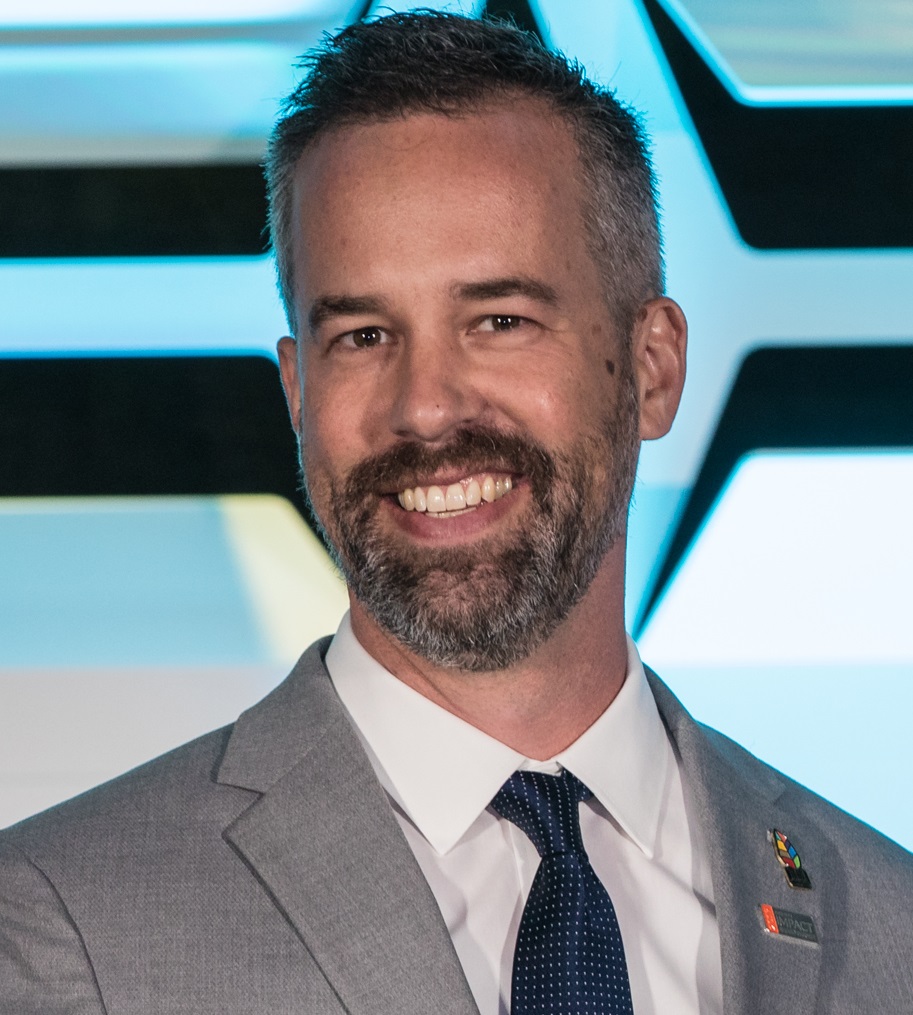 What is Senior Fifth?

Senior Fifth is a dangerous activity that some seniors choose to do at the last home football game. Students attempt to drink a fifth of liquor – an entire 750 ml bottle! – between midnight and kickoff of the football game.

When is this year’s last home football game?

What does Wake Forest do to discourage Senior Fifth?

Senior Fifth had become a ritual that was perpetuated from year to year within the student culture. It is of course something we have been actively working to change over a number of years.

We have a robust campaign in place to provide students with language to use to resist peer pressure and to challenge assumptions that Senior Fifth is safe or universally accepted as part of our culture. We have a number of Senior Fifth posters in campus buildings that outline the risks associated with alcohol poisoning, or point out the inherent tensions between high-risk drinking and high student achievement. You can see some examples here. These posters are just one small part of a much larger prevention and safety initiative (click to enlarge). 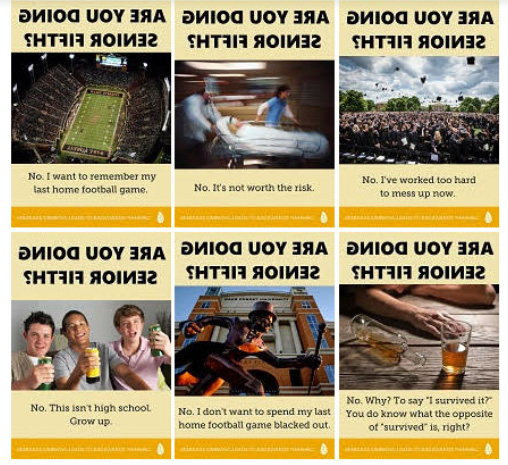 Have we moved the needle any in changing student behavior?

Yes, our Senior Fifth prevention campaigns has made an impact. Though some students continue to participate, there is growing anecdotal evidence that the cultural importance of Senior Fifth is waning and that more students see it as a bad idea and dangerous activity rather than an inevitable part of the college experience. You can see from this graph (click to enlarge) that we have had a substantial reduction in harm since 2015. 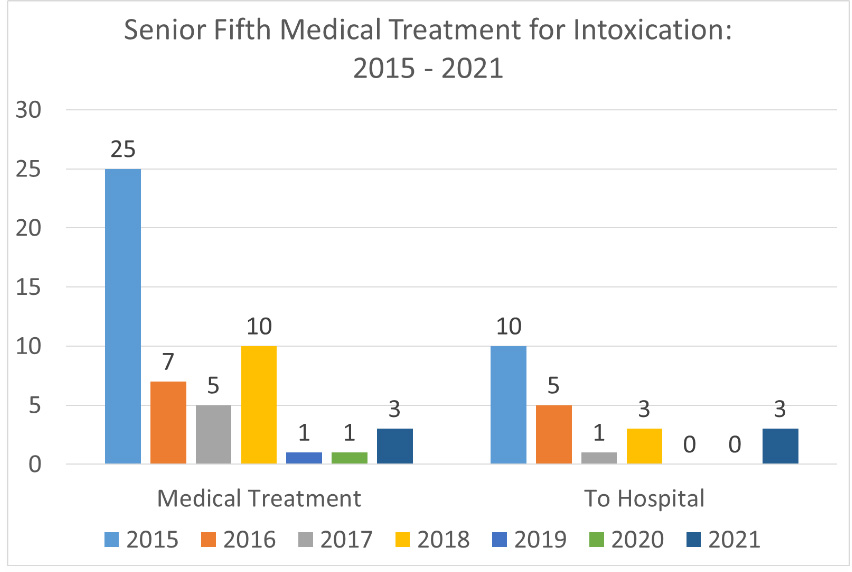 How did the pandemic impact Senior Fifth in 2020? And what happened in 2018 that caused a spike?

While we had hoped that the pandemic would interrupt the Senior Fifth cycle, some students continued to engage in this dangerous activity, even despite not having student tailgates in 2020. Luckily, the prevention initiatives continued to be effective in reducing harms.

Blood Alcohol Content (BAC) is influenced by 4 key variables: sex, weight, amount of alcohol, and time. When there is a much shorter time between midnight and kickoff, this tends to result in higher BACs and therefore higher occurrences of students requiring medical intervention for intoxication.

In 2018, kickoff was 12 noon – which was 7.5 hours earlier than the prior year. When you compress the time in which students can consume a fifth of alcohol, that increases the likelihood for much higher BACs and risk to students’ health,

Is there a call to action for parents and families?

Family members and loved ones still have an enormous amount of influence on student behavior. Even if students don’t appear to be listening to you, your words do matter. For parents/family members of seniors, the call to action is this: talk to your senior! Whether that is overtly about your desire that they do not participate in Senior Fifth, or whether you talk about not engaging in high risk drinking behavior in general, it is important for you to stress your expectations for their behavior and that your interest is in their safety and wellbeing.

For families of all other class years, your call to action is to begin laying the groundwork now about high risk behaviors and Senior Fifth – and keep building on that over time.

Having parents and families as partners in this prevention work is critical. Thank you for all you can do to help encourage safe and healthy expectations for your student.