One of the things I love most about May in the South is when the magnolias begin blooming. In addition to being beautiful to look at, magnolias have a lush, heady smell that is like no other. Perhaps some of you got a glimpse of our magnolias if you were here to help your Deacs move out; others might see them during Commencement weekend. 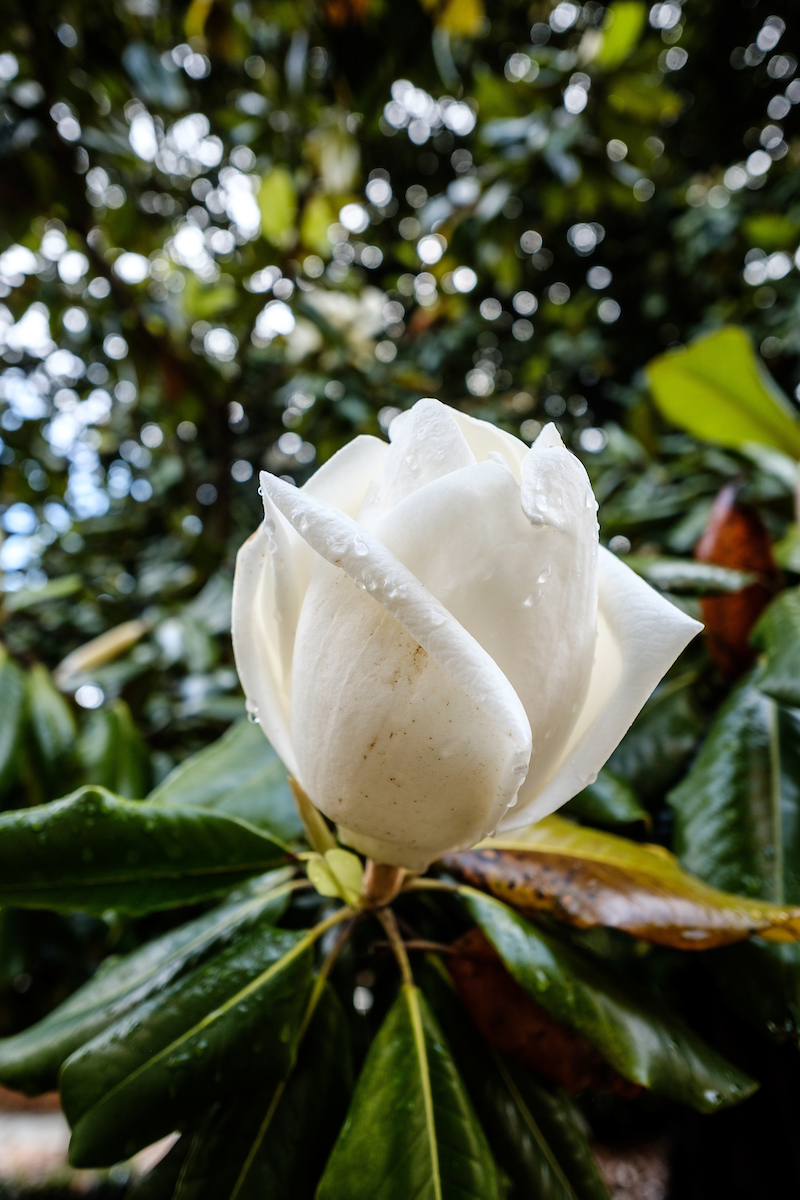 One of my dear colleagues, Jim Coffey, who retired a year or so ago as Director of Landscaping Services, told the story of the magnolias on the Mag Quad (aka Manchester Plaza) to the Office of Sustainability. I thought this might be a fun time to share that history, in the spirit of Throwback Thursday, as well as some pictures of the magnolias then and now (courtesy of photos from The Howler, our yearbook, from 1960, 1968, and 1969. Here’s Jim telling the story:

“In 1947 while visiting the old campus, Dr. Walter Raphael Wiley (BS 1929, BS Med. 1930) and his wife, Monnie Louise McDaniel Wiley learned of the impending move of the University to Winston-Salem. Mrs. Wiley wanted to establish a symbolic bridge between the old and new campuses.

Being an avid gardener and loving the magnolias on the old campus, she had her nephew, Robert Earl Williford, collect seeds from the magnolia trees on the old campus. Mr. Williford enlisted the aid of Dr. Budd Smith, professor of biology, and the seeds were mailed to the Wileys in Chesterfield, SC. Mrs. Wiley planted the seeds in a filled-in swimming pool on their property.

In 1956 when construction of the college buildings in Winston-Salem was underway, the magnolia trees in Chesterfield were about 5 feet tall. Since 1947 when the seeds were planted, it had taken three transplanting to establish good root systems and have the trees ready to move to the new campus.

The administration, then housed at Graylyn, graciously accepted Mrs. Wiley’s offer to donate the trees. She and her son, Walter R. Wiley, JR. balled the trees, put them in the back of a large station wagon, and drove them to Winston-Salem. They left the trees, approximately 20 of them, with the nursery/landscaping department on the new campus where she said ‘we unloaded them onto a large muddy hill.’ The trees were planted a week later. Thus began Magnolia Court behind Reynolda Hall.

The Magnolia Trees on Manchester Plaza are now included in the Campus Tree Care Plan as heritage trees.”

Here are some of the early pictures of the magnolias. You can see how tiny they are, particularly in this picture from the 1960 Howler (click to enlarge). This is a view from the stair near Reynolda walking down towards what was at the time women’s residence halls (Bostwick and Johnson). 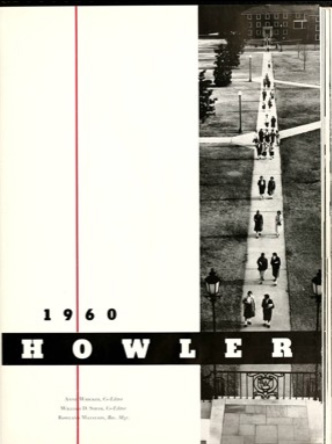 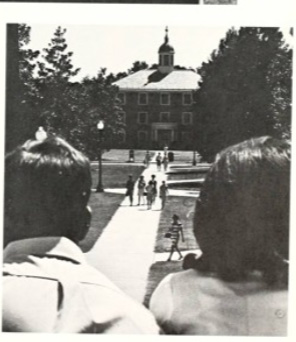 The magnolias today are big and beautiful. 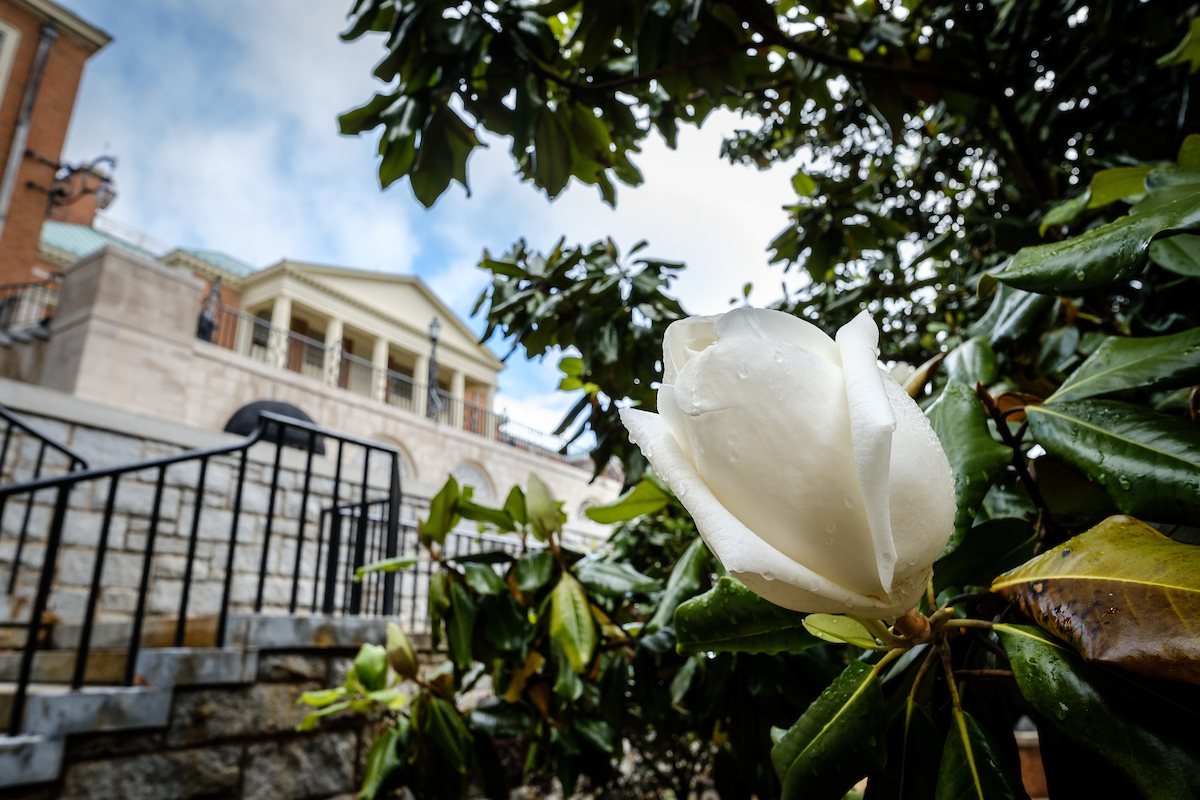 Hope you enjoyed this look back at one of the most delightful distinctives of our campus. 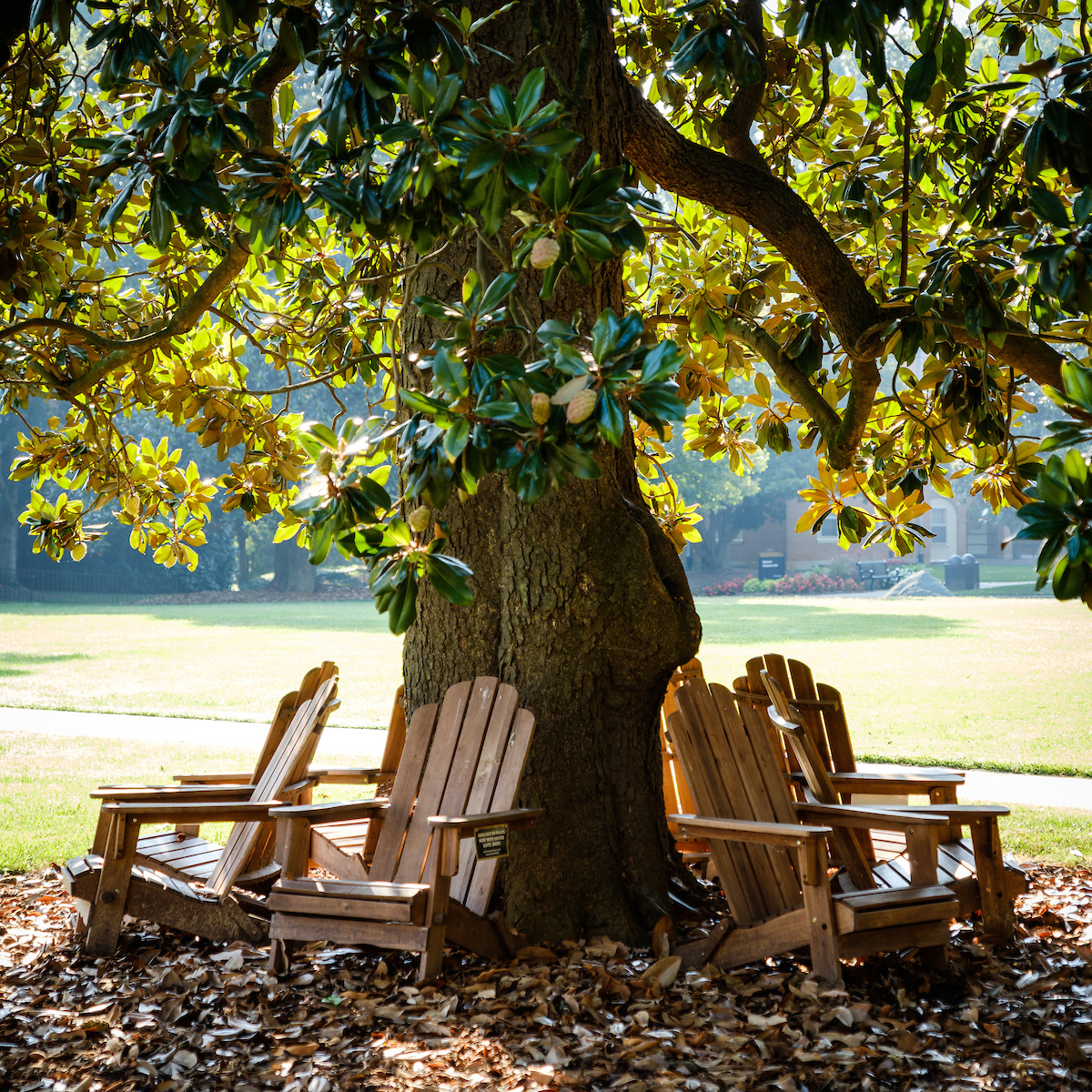