Yesterday I was part of a group of staff who got to do a tour of the bell tower of Wait Chapel and the tunnels underneath it. 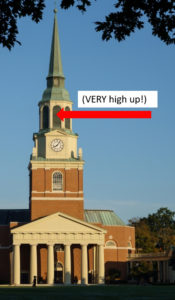 Wait Chapel, as you know from looking at it, is reallyreallyreally tall – 213 feet all the way up the steeple, according to Wikipedia. The tour we went on takes you up past the clock face, all the way up to the bell tower. You can see where we were on this picture. 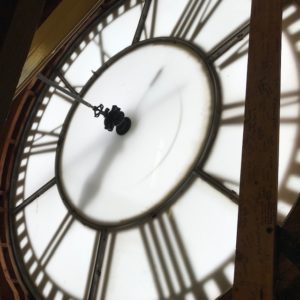 To get up there, you have to go up an elevator, then up a [stomach churning] set of spiral stairs. For those of us who are afraid of heights, this made the pulse quicken just a bit. The first landing is the clock face, and you can see out of a window on each of the four sides. One points downtown, one points towards Pilot Mountain, and it is a great view. The students, faculty, and staff who take tours up there can Sharpie their names and class years on the woodwork. It was fun to see so many students’ names that I recognize. 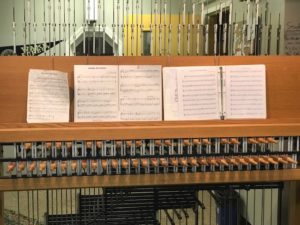 The next level takes you to the Carillon. There is the ‘real’ Carillon that plays every day at 5 pm, and there is also a practice Carillon (I guess so the carilloneurs can try out new music until it is ready for the real deal). 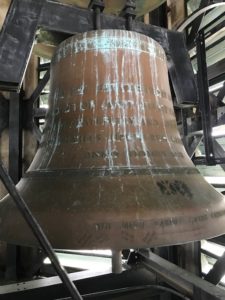 For the truly dauntless, you can then go up another flight to where the actual bells are. This is not for the faint of heart – it’s a medal ladder (sort of like a city fire escape) and a wooden floor. There are more student signatures up here, and the bells have inscriptions on them. I was brave enough to get up there, but happy to go back down as quickly as I could.

Then we did the tunnels. The tunnels run from the power plant (on the south side of campus near the football practice field and Angelou Hall) all over campus. We only saw a small section that was under Wait Chapel. As you might expect, the tunnels have low ceilings: this 5′ 4″ girl could walk without ducking, but I could also easily touch the ceiling. A few fun facts: 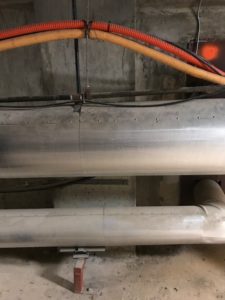 There are a few rooms underneath that could have functioned as a fall out shelter had it ever been needed. You can see big pipes all through the tunnels. The big pipe is steam, which heats the whole campus. The lower, smaller pipe is the steam return – they pipe back the leftovers and get 80% of it back to the power plant to be reused. Telecom and electric wiring run down here too (even though the campus was built in the 50s, they were thinking ahead and did not want campus to be littered with telephone polls). You can also see lots of student signatures down here from past tours.There are a few openings in the walls where there is a steep, steep drop down. 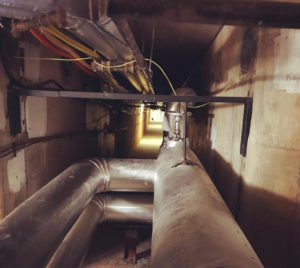 This next picture is approximately from the lobby of Wait Chapel leading down to the front of the chapel; you can’t see it well, but it slopes down. When Michelle Obama was here on campus (I think for Maya Angelou’s funeral but I might have that wrong), in order for Secret Service to get her securely in and out, she came through the tunnels. She had to duck her head to get in here, walk to the end of the U of the piping (where it blocks the path forward), then climb over the pipe (they had steps for her at least). Similarly, when we had presidential debates here (1988 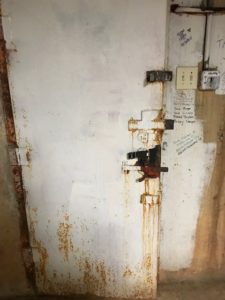 and 2000), Secret Service required Wake to weld these tunnel doors shut during the event to guarantee no one accessed the area once it had been swept. 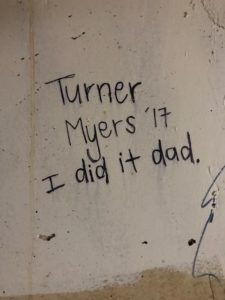 his was my favorite graffiti picture. I did it dad. By Turner Myers ’17.

How can your students get into the tunnels, you ask? Well, it is only by official tour, which is part of the Senior Class Campaign. Seniors who have made their class gift ($10 minimum) can go on the tours. They can make their gift ahead of time online, via 1834 Campaign tables on campus, or on site at the tours. Seniors have received emails about registration twice thus far, I am told.  Tours are next week, April 15-17, from 2:00-5:00 pm each day, and so far we have almost 400 seniors registered! Here is the link to register: https://secure.www.wfu.edu/event-registration/1834-campaign-bell-tower-and-tunnel-tours-4910162104.  In addition, I am told that there is an extra incentive: all Senior Class Campaign donors will receive a gold, black, and white cord to wear with their regalia at graduation.

Speaking of seniors, yesterday’s Letters So Dear was from a senior. And not just any senior, it was from the NCAA tennis singles champion, Petros Chrysochos (’19). He said, in part:

“As a freshman, I struggled to be outgoing and introduce myself to others partly because English is my second language; I did not want to stumble on my words, say something wrong, and then feel embarrassed for sounding stupid. Overcoming that fear helped me meet some of the most incredible people I know. It taught me the importance of not fearing expressing my true colors and shining as an individual. I learned how to just smile at a stranger in passing or to say good morning to someone I do not know in my class. Besides, you never know who that could be and how that conversation could turn out.

Looking back at it now, I wish I spoke to more people on the street or on campus. A simple hello could make someone’s day, and the reaction may end up surprising you.” Read his full Letter So Dear here.

We tell our first year students this a lot – they are not the only ones who feel that they have not found their place, or are afraid they aren’t fitting in, or think they are not as [insert adjective here] as the rest of their class. But everyone – EVERYONE – has insecurities and things they need to adjust to. Even the guy who is the best college player in our country had his moments of doubt. But kudos to him (and all the other Letters So Dear students) for being vulnerable enough and authentic enough to say so, and help put our first year students at ease. 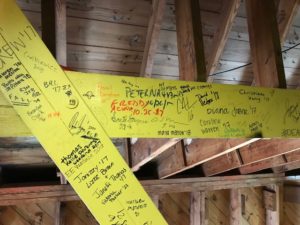 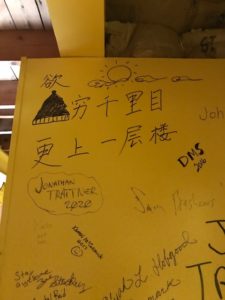 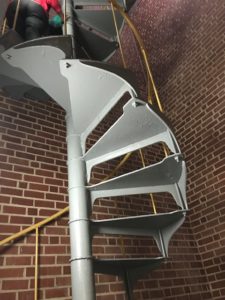 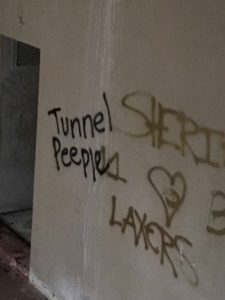 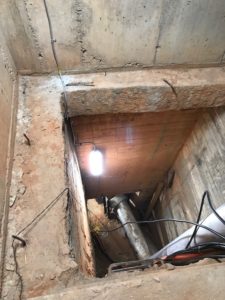 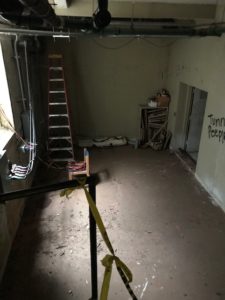 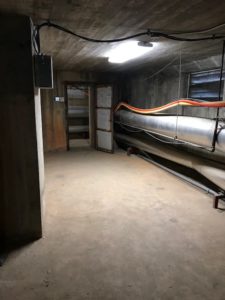