The history of the Manchester (Mag) Quad

As I continue my PTO, I am recycling an oldie but goodie from the Daily Deac archives. Enjoy! 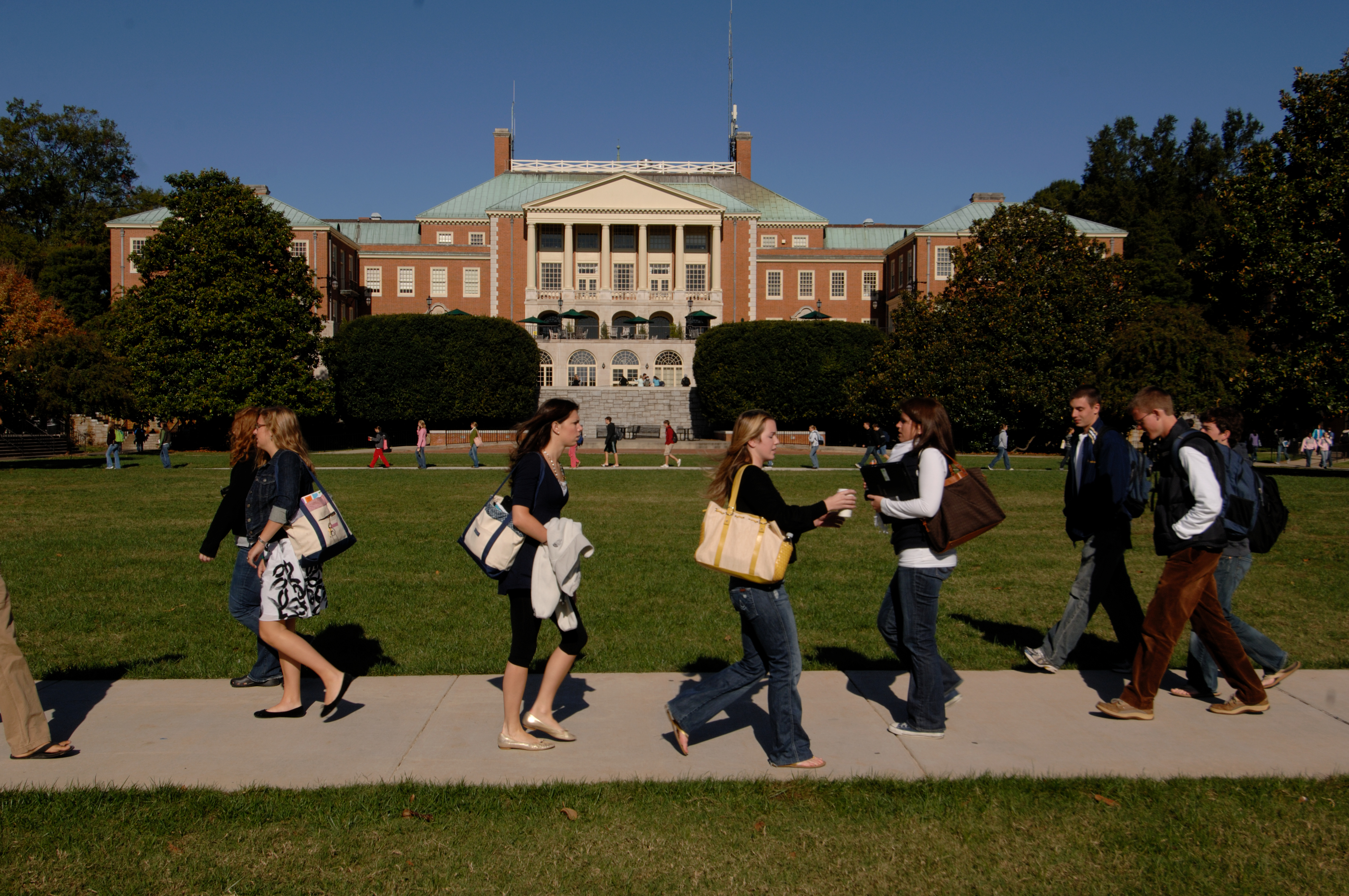 All first year students are housed on the south part of campus.  We deliberately concentrate all the first years in one part of campus so that they are all sharing common living space, have frequent access to seeing each other on the walking paths, and to help build community as a class.

One of the central features of the south part of campus is the Manchester Quad, also known as the “Mag Quad.” In the green space between Bostwick and Johnson residence halls is a lovely quadrangle that is framed by beautiful Magnolia trees.  The Office of Sustainability posted a blog entry about the history of the Magnolias and their important link to the Old Campus in the town of Wake Forest, NC:

In 1947 while visiting the old campus, Dr. Walter Raphael Wiley (BS 1929, BS Med. 1930) and his wife, Monnie Louise McDaniel Wiley learned of the impending move of the University to Winston-Salem. Mrs. Wiley wanted to establish a symbolic bridge between the old and new campuses.

Being an avid gardener and loving the magnolias on the old campus, she had her nephew, Robert Earl Williford, collect seeds from the magnolia trees on the old campus. Mr. Williford enlisted the aid of Dr. Budd Smith, professor of biology, and the seeds were mailed to the Wileys in Chesterfield, SC. Mrs. Wiley planted the seeds in a filled-in swimming pool on their property.

In 1956 when construction of the college buildings in Winston-Salem was underway, the magnolia trees in Chesterfield were about 5 feet tall. Since 1947 when the seeds were planted, it had taken three transplanting to establish good root systems and have the trees ready to move to the new campus.

The administration, then housed at Graylyn, graciously accepted Mrs. Wiley’s offer to donate the trees. She and her son, Walter R. Wiley, JR. balled the trees, put them in the back of a large station wagon, and drove them to Winston-Salem. They left the trees, approximately 20 of them, with the nursery/landscaping department on the new campus where she said “we unloaded them onto a large muddy hill.” The Trees were planted a week later. The trees were planted a week later. Thus began Magnolia Court behind Reynolda Hall.

The Magnolia Trees on Manchester Plaza are now included in the Campus Tree Care Plan as heritage trees.

Many thanks to our colleagues in the Office of Sustainability for the historic reflections!