Today’s Daily Deac is a peek into master photographer Ken Bennett’s archives to see some of the things that have been happening on campus since the semester began.  Here we have: a prayer vigil after Charlottesville, the Demon Deacon making a confetti angel during Homecoming, a dress rehearsal for She Kills Monsters, an engineering class, and a fun run. 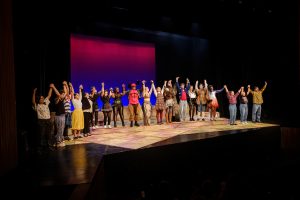 The Wake Forest Theatre holds the final dress rehearsal for She Kills Monsters on the Tedford Stage. 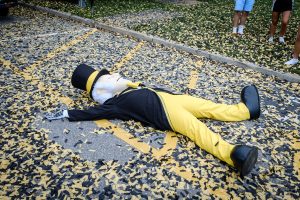 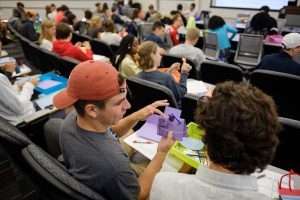 One the first day of class in Wake Forest’s new undergraduate engineering program, the students break up into pairs and go through an accelerated design process for a new method of carrying belongings, starting with determining the requirements, then brainstorming, and ending with building a prototype during class, at Wake Downtown. 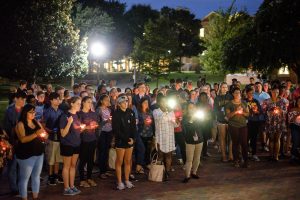 Members of the Wake Forest community hold a candlelight vigil to memorialize the events in Charlottesville, on Manchester Plaza. 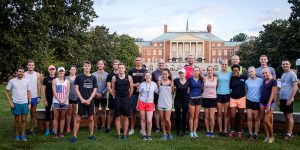 Wake Forest students gather early in the morning for a fun run on campus sponsored by Campus Recreation.