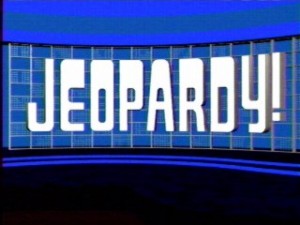 Congratulations are due to Wake Forest alumna Jelisa Castrodale (’01), who was featured in today’s Winston-Salem Journal for her win on the television game show Jeopardy, which aired last night in Winston-Salem. Go Deacs!

From the Winston-Salem Journal:  “Jelisa Castrodale, a sportswriter from Winston-Salem, can now add “Jeopardy champion” to her resume.  On last night’s episode of the long-running game show, she beat current champion Roger Craig, who had been the third-highest winning contestant in the quiz show’s history, having earned $231,200 over seven days. In her first appearance on the show, Castrodale won $39,399. She moves on to the next episode of Jeopardy, which airs at 7:30 p.m. today on WFMY. Her appearances were recorded in late July…. She is a 2001 graduate of Wake Forest, where she received a bachelor’s degree in communication with a minor in theater. She writes a weekly column for the NBC sports website.”